An edited version of this letter was published in the local EK press on 18 August 2021.

Oh dear! There seems to be a idea going round that this Conservative UK government is ‘in power because a majority of voters wished it to be so.’ Some fact-checking shows this is far from the truth.

But because of a rotten, out-dated, non-proportional, voting system, 43.6% of the UK vote produced an unaccountable 56% of MPs. And in Kent, 40% of our electorate voted Conservative, produced 94% of Kent ‘s 17 MPs toeing the Johnson line. 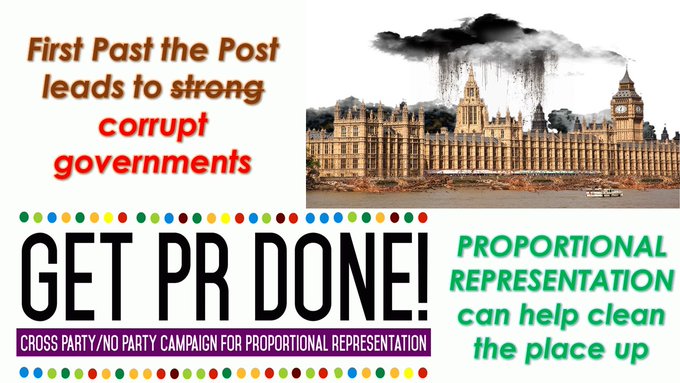 If you think this is unfair, lots of UK folks of all parties and none, agree with you. More and more are calling for a better, fairer, more proportional voting system in UK and a much more accountable government, with less crony profiteering. The owners of most of the big national papers won’t tell you that. But the facts show most voters dislike the oppressive right-wing bubble.