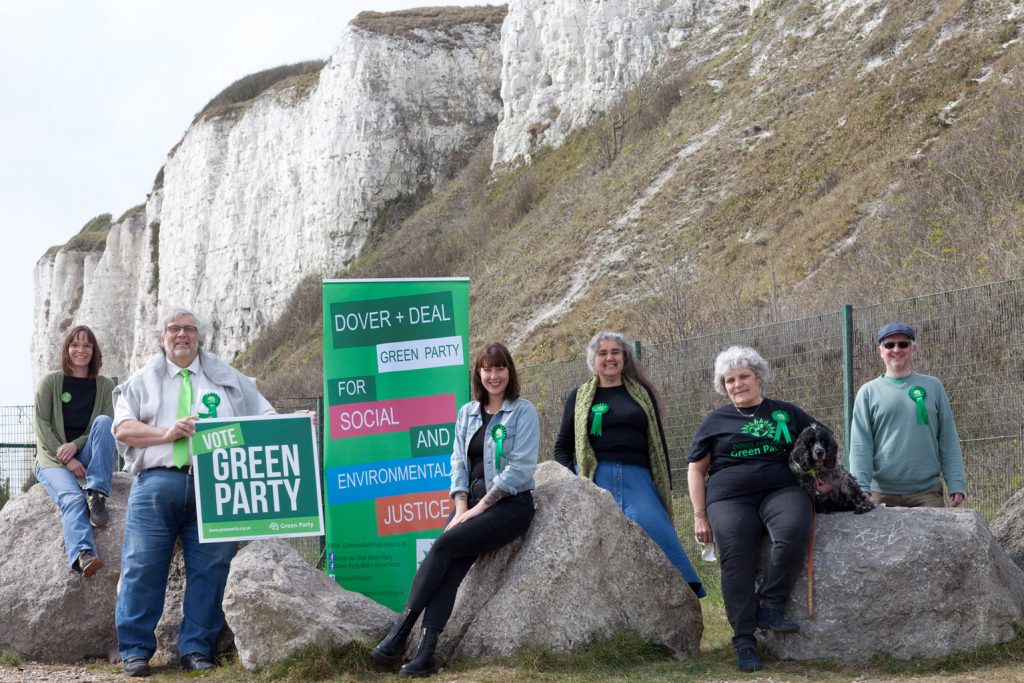 In all of the five KCC divisionsin Dover district, your local Green party polled a strong third place, the best results we’ve ever had.

We THANK most sincerely all those who entrusted their vote to our candidates. We polled:

Conservative candidates won in all these divisions, and Labour came second.  (The results of these 2 parties were in the local press 12th May). 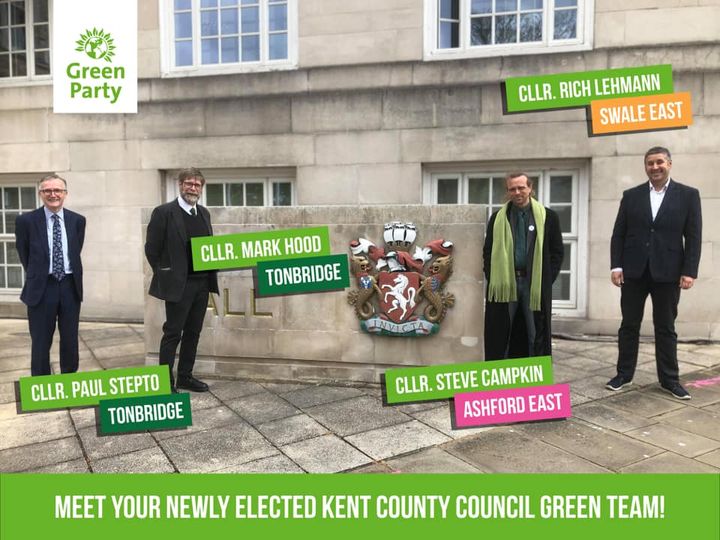 Elsewhere, 4 Greens won KCC seats. In Ashford East, Steve Campkin now sits on both Ashford BC and KCC.  In Swale East, Rich Lehman won with over 51% of the vote.  In the double seat of Tonbridge, Mark Hood and Paul Stepto won too. The Green Party  leapt from unplaced or 4th in 2017, to 1st place in 2021. The opposition at KCC is now 7 Labour cllrs, 6 LibDem cllrs, 4 Green cllrs and 1 or 2 independents. 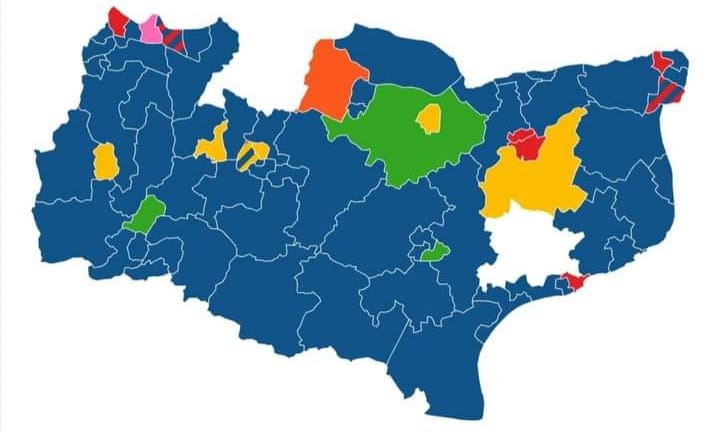 This was a very strange election under lockdown, where the challenger parties who have greater need to knock on doors to offer people new choices, were prevented by a government ban on volunteer leafleting from Jan to March, with only paid leafleting allowed, and canvassing discouraged throughout.

In the circumstances, these are amazing results, but with participation in the elections below 20% in some places and rarely over 40% anywhere in Kent,  believers in accountable government and democracy can see that 60-80% of voters aren’t impressed with the system which could be a LOT fairer and more proportional and inclusive.

We see that 80-90% of Kent voters are not voting Conservative in Kent’s regional elections.

In neighbouring counties, (where basic county councillor allowances last year were around £12,500 per year; compared to basic KCC councillor allowances of £15,500), Greens also won opposition seats so they can be part of the work of holding a Conservative KCC Cabinet (responsible for public health, social services and Kent highways)  to account. Greens hold 4 seats on East Sussex CC, 2 seats on Surrey CC and a seat on Essex CC.

This month most seats there were won by either LibDems, Labour or Green candidates, so they’ve been able to form a coalition majority group at Oxfordshire County Council instead of the Conservatives who had been in power for 132 years, and this coalition will be able to put some real progressive policies in place.

In Dover District, we’ll keep working for practical answers to social and environmental injustices both with community practical actions and with the 10 seats we won on town and parish councils in 2019.

Drop us a line if you’d like to help us with community work or help us in the District council elections of 2023.